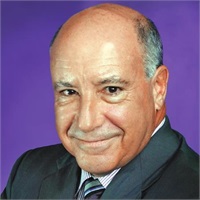 Steven is Chief Financial Officer of Fox Wealth Management Group and has over 40 years of industry experience. He started his career back at AG Edwards in 1979. During that time, he became Vice President and then Branch Manager of his office. In 2002 Steven and Linda met while he was her manager at AG Edwards.

Outside of the office Steven enjoys spending time with his family and friends. Most weekends you can find him out on the golf course playing charity tournaments or practicing his swing with his buddies.